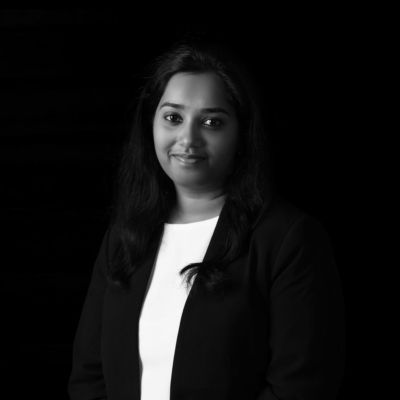 Growing up in Dubai shaped Shikha…and we mean that more metaphysically. A multicultural milieu made her a true cosmopolitan.

She became a doodler…but fortunately for us, far from a dawdler. This gave her a straight pathway to B.Arch, so she took her cosmopolitan sensibilities to metropolitan Chennai. Here she toughened up on an insanely intense five-year programme and several internships. But, she also found time for workshops, publishing articles and being on an editorial board.

Shikha became passionate about energy and the environment and, as always, decided to do something about it. She now has a LEED GA certification to back up the passion.

She joined Inner Space in 2016 and instantly threw herself into everything design, coordinating projects and building stronger client relationships. Her power base comes from deftly handling multiple views and umpteen pressures. In fact, she is one tough cookie. Unshakeable, but immensely likeable.

Meanwhile, she has taken her doodling to dizzying depths. She paints intricate Kerala murals which any proud connoisseur would be happy to hang in their drawing room. She walks miles on well-trodden paths and in new places, absorbing their history, culture, and warmth. And she reads voraciously.

Her secret ambition? To attain the 10th Dan martial arts equivalent in design – a self-definition she’s not telling us yet. If we know anything about Shikha, we believe she will do it, and do it well.